Threshold was created to make self-hosting websites, email, and other services radically easier.

The greenhouse cloud service was developed in order to make threshold more easily accessible to more people. Greenhouse operates the server side of threshold as a service, charging $0.01 per GB of bandwidth. 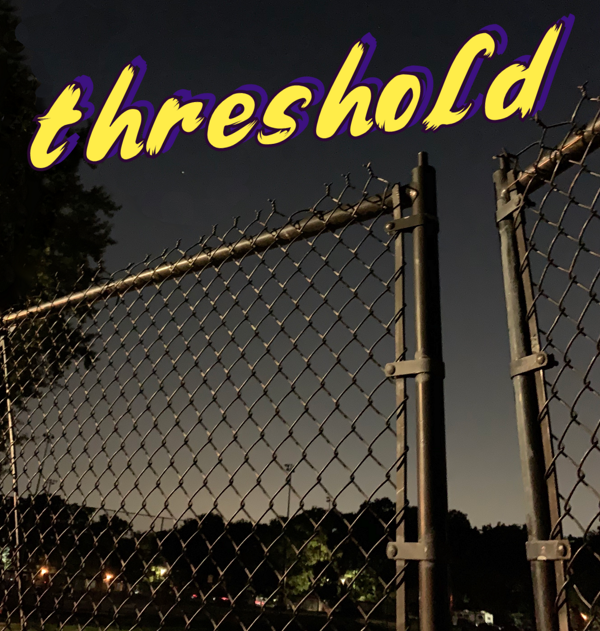 Threshold server is designed to be a relatively untrusted service, in other words, the user doesn't need to place much trust in the environment where the server runs. It's designed so that the server operator can't spy on you. This makes it uniquely suited to bridge the "ownership vs capability" gap between a self-hosted server/homelab/datacenter and a 3rd-party public cloud environment, hence the name threshold.

This project was originally forked from https://github.com/koding/tunnel

This repository only includes the application that does the tunneling part. It does not include any other management or automation tools.

See the usage example folder for a basic test. 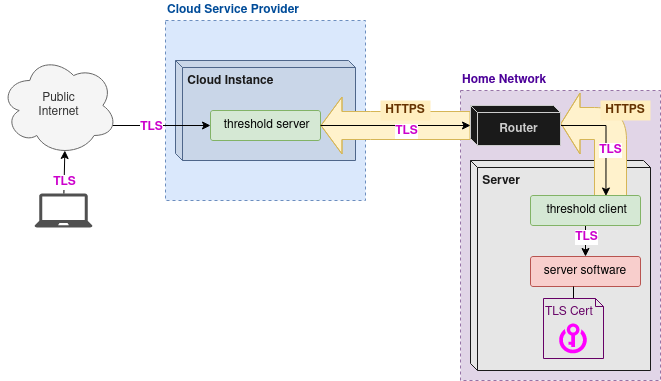 How it is intended to be used:

Note: if you wish to easily create server/client key pairs that will work with threshold, see: https://git.sequentialread.com/forest/make-fake-cert

Output from Usage example showing how it works:

Why did you set it up this way?

I have a few requirements for this system.

What did you add on top of the koding/tunnel package?

How to build the docker image: