forest
/
LibreBookKeeper
Fork 0
Code Issues Pull Requests Projects Releases Wiki Activity
Track your finances without uploading your personal information to somebody's server. Designed for ease of use.
You can not select more than 25 topics Topics must start with a letter or number, can include dashes ('-') and can be up to 35 characters long.
125 Commits
1 Branch
1 Tag
2.8 MiB
JavaScript 93.9%
CSS 4.7%
HTML 1.4%
Branch: master
master
0.1.0
Branches Tags
${ item.name }
Create tag ${ searchTerm }
Create branch ${ searchTerm }
from 'master'
${ noResults }

You Own Your Data

LibreBookKeeper was designed for ease of use. In fact, the application was born out of my frustration with how clumsy most personal finance apps felt. (Looking at you, GNUCash 😛) Migrating from one app to another, tracking spending, categorizing transactions, generating reports etc, should be easy, and the app should not get in your way. 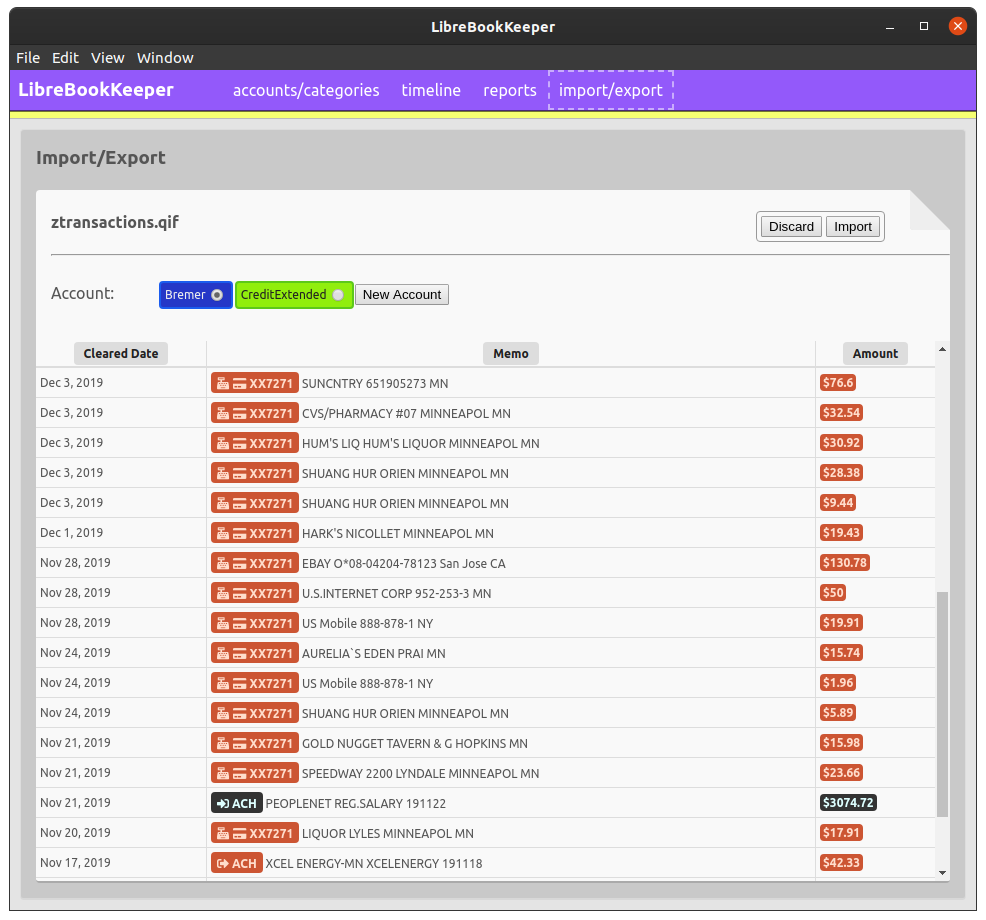 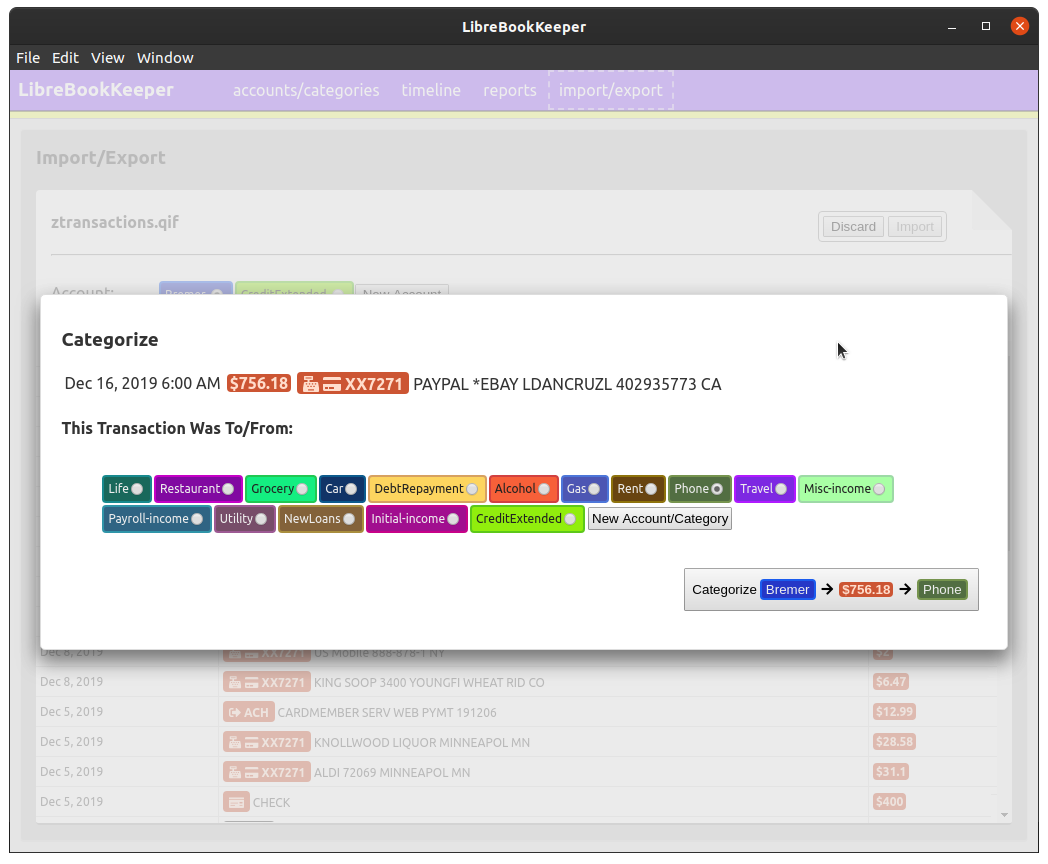 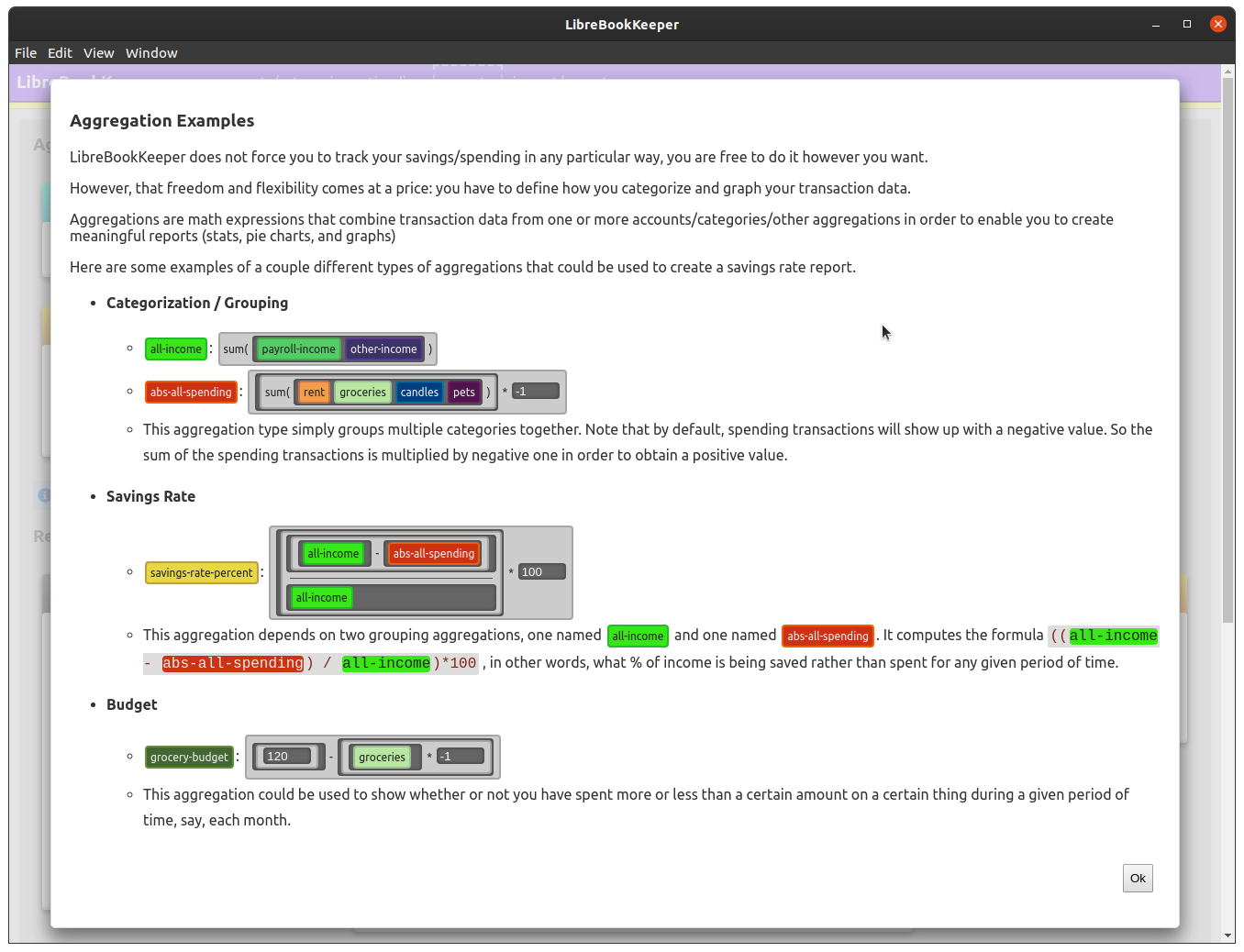 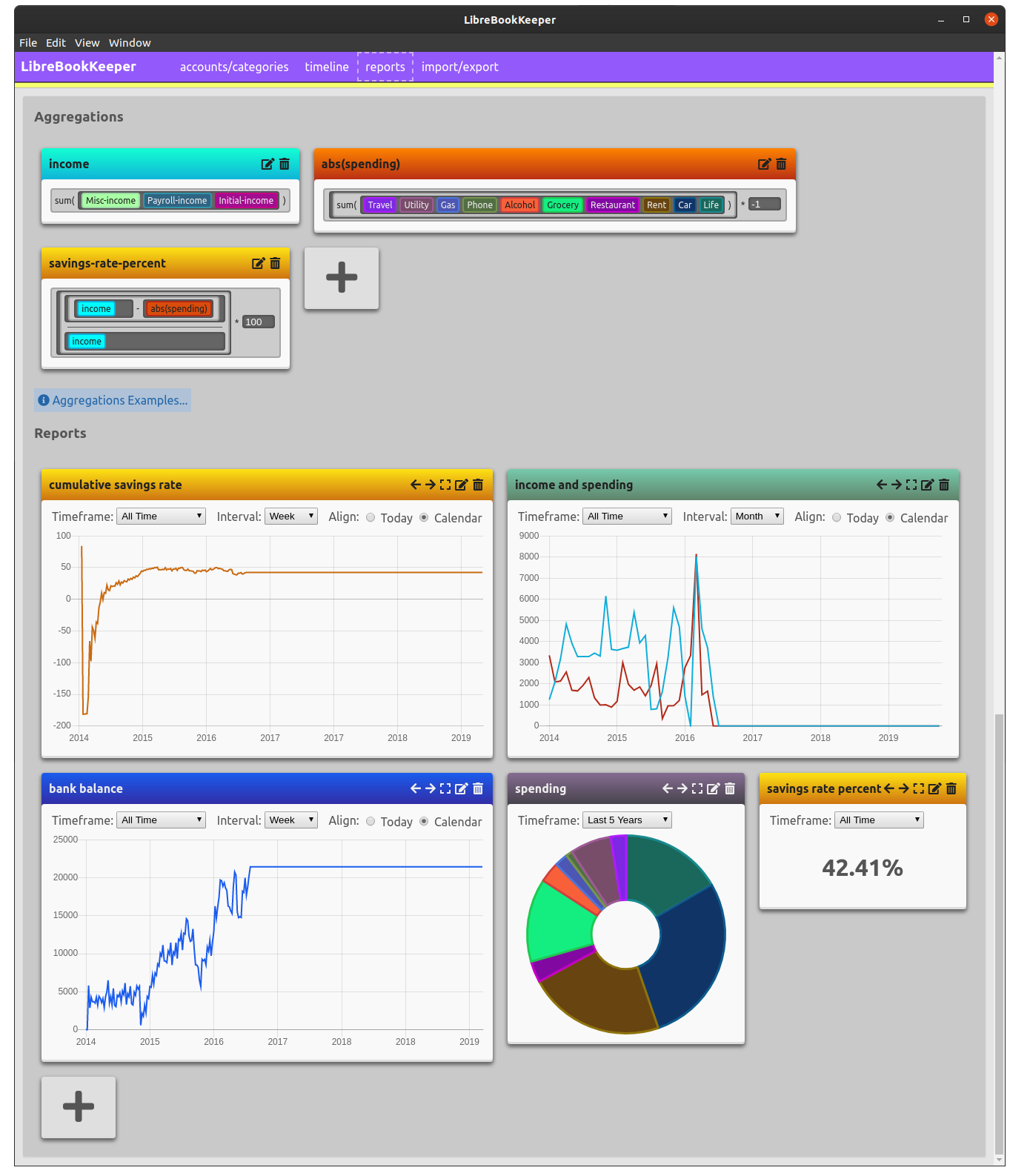 LibreBookKeeper is a local web app that is currently packaged as an Electron app.

LibreBookKeeper will automatically save the .lbk file every time anything in the database changes, but this is rate limited to once every 5 seconds. It will also attempt to save the .lbk file before quitting. If it fails to auto-save it should pop up a warning dialog. Also, the data will not be necessarily lost, because it will still be in leveldb.

There is a flag called isProduction inside settings.js. Setting this to false will enable the developer tools and re-direct logging to stdout.

Timeline view needs to be implemented

File association (.lbk) should be set up on first run of the app